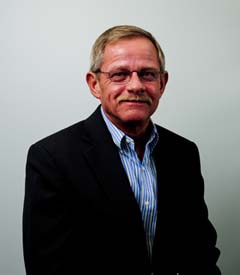 During the early years of Robinson’s beginnings, Mike Robinson worked diligently by his father’s side at the downtown Greenville store. Mike grew up in Winterville, NC and attended school at Winterville High School before attending Wayne Community College where he received state licenses in watch and jewelry repair. After working many years with his father Floyd, Mike took over the business in 1985 and began to cultivate the business that it is today.

In 1995, Mike made the first big move that would change the face of Robinson Jewelers by bringing the store to Arlington Village. In 2002, Mike made yet another bold move by taking the store to its present location in Arlington Village on Red Banks Road. Despite all the many changes that the store has gone through to bring it to where it is today, Mike has always held true to the values that his father founded the store upon.

When Mike took over his father’s business, he made sure that no matter what changes were made, the store would always carry on the same traditions that were started by Floyd. Today, it is those same Robinson family values that Mike uses with every client. In our store, we want each client to feel like a Robinson family member. Whether it is a simple watch battery replacement or the engagement ring that will change the rest of your life, Mike will take as much time as needed to make your Robinson experience a special one. Mike promises to treat every client the same as the last, with the utmost respect and attention. To this day, Mike will tell you that it is more important to him to create a repeat, lifelong client than to earn a sale.